"There wasn't even a name for it when Gene took on that first case," Passannante said. "He just had a client who needed something done, and after he solved that problem he realized that these insurance-related matters tend to repeat themselves."

The firm is currently celebrating its 50th anniversary, and roughly 47 of its 72 attorneys work in the insurance recovery practice.

Managing director Robert M. Horkovich said it's that long history and single-minded devotion to working for policyholders and against insurers — unlike most firms, Anderson Kill does not represent both — that sets Anderson Kill's practice apart from its competitors.

"We don't try to play both sides, and we take that very seriously," Horkovich said. "We zealously represent our clients and we try to push the envelope all the time, because we don't have to worry about goring the ox of some big insurance industry client if we make new law. At many larger firms that also represent insurers, that's not the case."

"The second key difference is that unlike many other insurance specialists, we've been doing this for a very long time, and we know all of these insurer's policies, claims manuals and other internal materials like the back of our hand," Horkovich continued.

That expertise was on display over the summer, when Anderson Kill secured a no-holds-barred ruling in favor of the ASARCO Asbestos Personal Injury Trust in its pursuit of $67 million worth of coverage from the state-appointed liquidator for Midland Insurance Co.

That liquidator had previously contended ASARCO was due exactly nothing from Midland because the coverage burden fell on other insurers under a so-called pro rata allocation method, as enshrined in Consolidated Edison of N.Y. v. Allstate Insurance Co., a 2002 decision by the New York Court of Appeals, the state's highest court.

In 2016, however, a referee sided with ASARCO, finding that a so-called all sums allocation should govern. All sums allocation means each insurer is potentially liable for the full amount of its policies regardless of whether other insurers are also liable. That decision came just months after the New York Court of Appeals formally adopted all sums allocation in its much-anticipated Viking Pump ruling.

New York Supreme Court Judge Barbara Jaffe confirmed the referee's 2016 finding in August, in a scathing ruling that took Midland's liquidator to task for filing certain motions late and was also one of the first major tests of the Viking Pump decision.

"Despite the tardiness of [Midland's] instant motion, it is decided on the merits, or lack thereof," Judge Jaffe wrote.

An appeal by Midland's liquidator is in the early stages of playing out.

Partner Rhonda D. Orin, who has the lead on ASARCO and has been at Anderson Kill for nearly 30 years, said the case illustrates a basic truth about insurance recovery in general and Anderson Kill's approach to it in particular.

"What distinguishes us is our creativity, and that comes because we've been doing this longer than anyone else," Orin said. "Cases that have unique problems, that's where the depth of experience kicks in. You have to know this stuff cold in order to be able to think outside the box."

Both rulings found that an AIG unit was liable for claims related to asbestos exposure during construction on the World Trade Center in the late 1960s and early '70s, and not just for claims of workers who actually developed asbestos-related diseases during that period. Those diseases usually aren't manifested until years or decades have passed from the actual time of exposure.

AIG has asked the appeals court to reconsider that ruling, and Anderson Kill has opposed that motion.

In another asbestos case, Anderson Kill helped industrial manufacturer Alfa Laval to finally reach a confidential settlement with Travelers Casualty Co. in November 2017 in a dispute over $25 million worth of coverage, after the firm previously secured a number of partial summary judgment wins several years ago.

Anderson Kill also represented silicon wafer manufacturer Siltronic Corp. in a suit that turned on an issue of first impression for the Oregon federal court that handled it, namely whether an exclusion for "expected or intended" pollution applied.

Siltronic had purchased a plot of land that was heavily polluted by its previous owner, but Siltronic said it hadn't known that when it bought the property, because the Army Corp. of Engineers had "capped" the site with 16 feet of dirt to prevent runoff before it was sold.

Siltronic argued the "expected or intended" exclusion shouldn't apply because it didn't know about the pollution, but its insurers contended it was enough that the lot's previous owner had known. The court granted Siltronic's motion for summary judgment in July and denied the insurers', and the parties reached a confidential settlement shortly thereafter.

Representing the nonprofit advocacy group Policyholders United, Anderson Kill submitted an amicus brief advancing a legal rationale that was eventually adopted by the Second Circuit, which found in July that Federal had to cover a $4.8 million loss suffered by Medidata when its employees were tricked into wiring money to a fraudster posing as an executive. 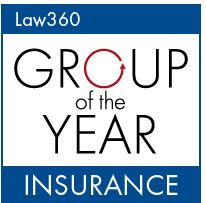